VAST has a team of title professionals that are here to work for you.  We all share the common goal of closing on your real estate transaction and work diligently to meet your timeframe.

VAST has a streamlined process in place to quickly and correctly deliver clear property titles.

Freddy is a licensed title officer in Pennsylvania and New Jersey. He has worked as a PA & NJ Licensed Title Agent since 2004, is well-versed in the closing process, fluent in Spanish, and feels right at home in all types of title transactions.  He started his career in the title industry in New Jersey opened VAST Abstract, LLC in Bethlehem in August, 2011.

He resides in Coopersburg, PA with his wife and two daughters.  Freddy enjoys spending time with his family on the Chesapeake Bay. 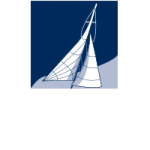 Freddy & his team have handled many closings for my office over the years. The Vast trademark is that they always go out of their way to make sure the deal gets done! They have built an exceptional staff that are courteous, cooperative, professional and strive for client & customer satisfaction!

Freddy and his team are wonderful!  Easy to work with, professional and very efficient.  We order title with them and never worry about a thing.  The whole team is  a professional group of knowledgeable people that are available for questions or help throughout the process, we enjoy having transactions with them because they make our jobs EASIER! VAST ABSTRACT is a valued partner in our mortgage process, they make the transactions easy and less stressful for our customers.

Very professional and efficient. Everything was handled on time and all paperwork was explained to me before I signed it at the closing.

Well organized. I know I was in good hands!

I’ve heard horror stories of settlement taking hours but I was in and out in less than 30 minutes. Settlement was so efficient that it could be done during your lunch break.